In 2004 Stanley Consultants Inc. signed a contract with the city to proceed with a study and projects for the West Hill area. On September 5, 2007, the city received a stamped Consent Order from the U.S. Environmental Protection Agency requiring that by December 31, 2010, the city would "submit to EPA and IDNR a report describing the projects needed to complete the separation of the remaining combined portions of the sewer system including the West Hill area". The report "shall include a schedule and estimated cost for completing each project identified therein, and an update on the city's plans for financing the projects". Further, "By DECEMBER 31, 2028, completed all projects described . . . above". Four projects have been identified, each estimated at $15 million to be implemented over the next 14 years to comply with the December 31, 2024 Consent Order date. 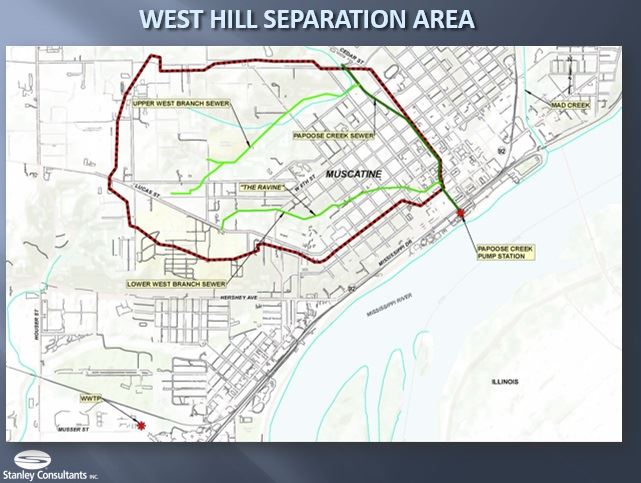