The next stage of the Park Avenue 4-to-3 Lane Conversion Project will begin next week as the contractor switches sides for Stage 2B on Monday, April 19. Heuer Construction, Inc., is wrapping up full depth patching and sidewalk replacement work in Stage 2A and anticipates starting Stage 2B work as early as Tuesday, April 20.

Manatt’s, the prime contractor for the project, will be moving traffic control devices on Monday. Park Avenue will remain a two-lane (one way in each direction) street as the northbound lanes are closed to traffic with two-way traffic shifted to the southbound lanes.

Work in Stage 2B includes removal and replacement of designated pavement areas along with curb, gutter, and ADA sidewalk ramp installation. This stage will also include the installation of traffic signal foundations and traffic signal mast arms at the East 5th Street and Park Avenue intersection.

Stage 2B is tentatively scheduled to be completed by May 13, weather permitting.

The final stage of the project, Stage 3, includes full depth patching and traffic signal replacement in the intersection at Washington and Park Avenue, and full depth patching, curb and gutter removal and replacement, and sidewalk ADA ramps from Washington to Colorado. That work is tentatively scheduled from May 14 to August 13, weather permitting.

Drivers are reminded to slow down and use caution when travelling through the construction zone, obey traffic control devices, and be aware of workers. Use an alternate route if possible.

The improvements included in the Park Avenue 4-to-3 Lane Conversion Project will focus specifically on safety, including traffic lane reconfiguration that would change the road from four lanes (two operating in each direction) to three lanes (one lane in each direction and a center two-way, left turn lane) from Harrison Street to the Iowa 92 bridge. The project will also allow for 74 new sidewalk ramps that would be compliant with Americans with Disabilities Act (ADA) guidelines, full depth patching of the roadway, and an asphalt overlay. 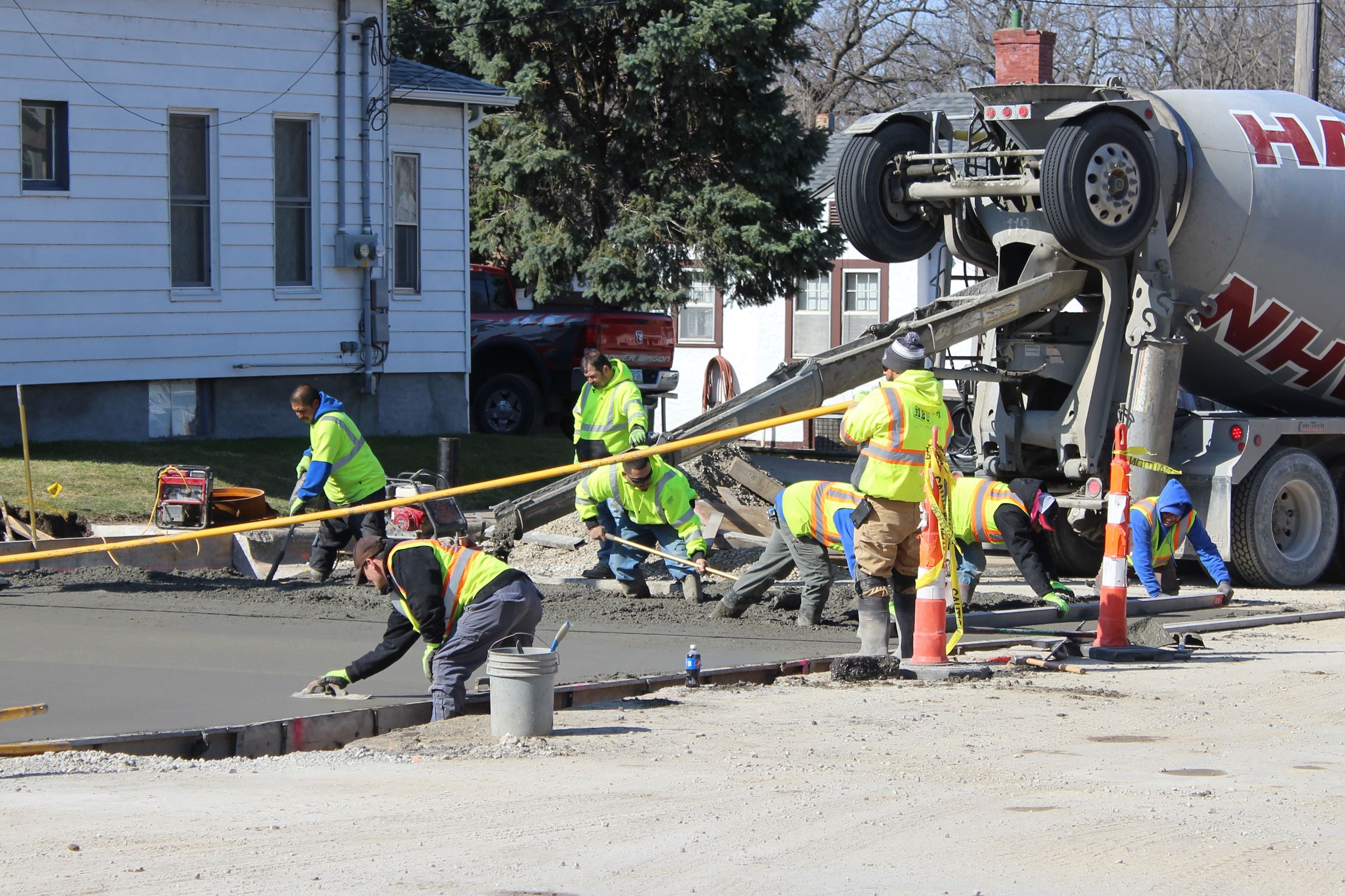 Iowa DOT - About 4 to 3 Lane Conversions

Learn about 4- to 3-lane conversions

This video is used with permission from the Iowa DOT

Research suggests significant safety benefits can be achieved through four-lane to three-lane conversion projects, including reduced crashes. Pictured below are common crashes that occur on four-lane, two-way traffic roads.