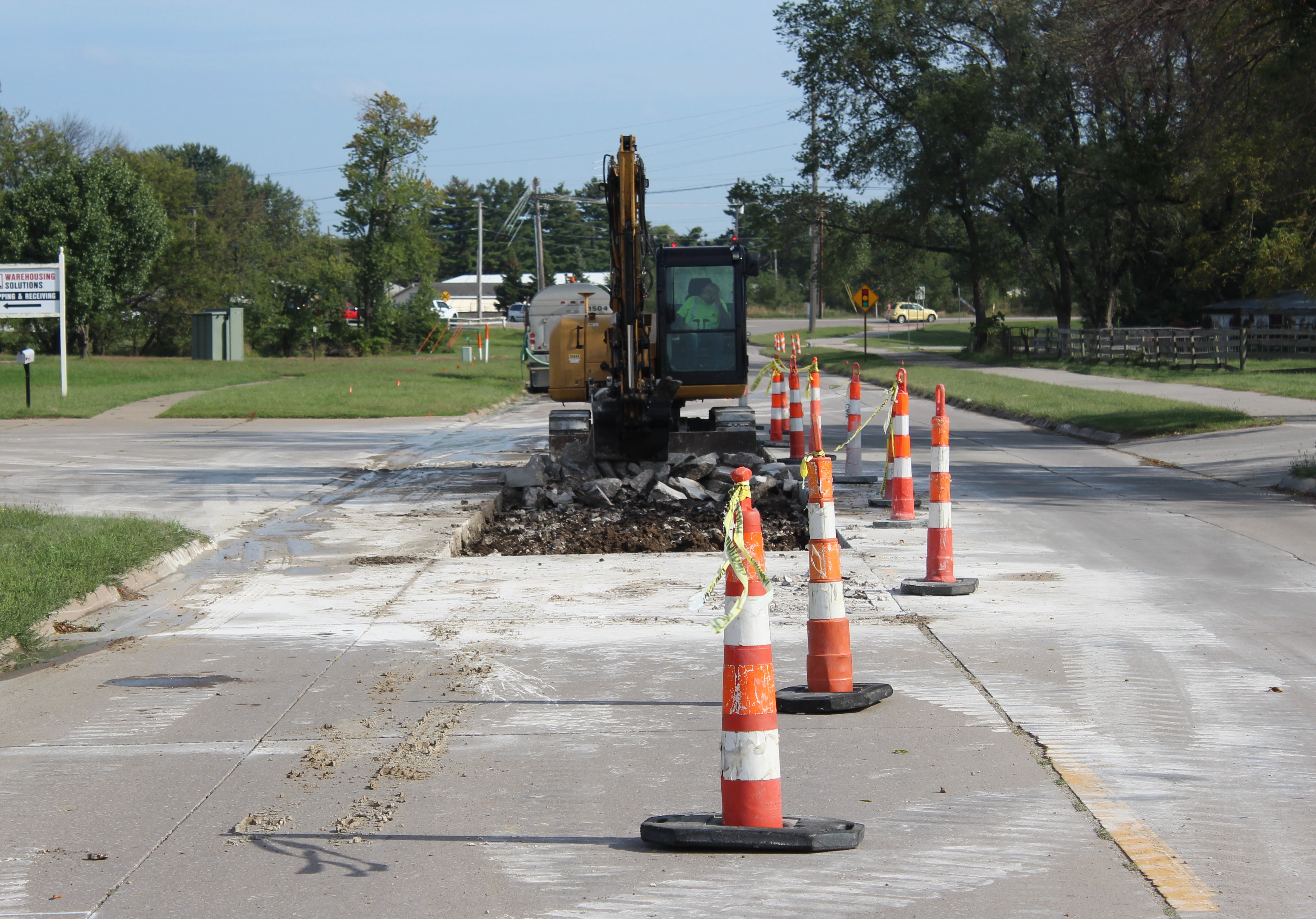 response to the State of Iowa guidelines on COVID-19 has reduced traffic flow significantly in Muscatine and throughout the state and that prompted City officials to move ahead with work in the Houser-Cedar intersection.

The pavement restoration at Houser and Cedar intersection is the final segment to be completed under the 2019 Full Depth Patch Program. The work was originally scheduled to be included in the 2020 contract. Work in the intersection began March 31 and is expected to last until April 17, weather permitting.

The 2020 projects will be sent out for bid later this spring. The Full Depth Patch project will be smaller than this past year as the city will focus on hot mix asphalt overlays of a number of street sections and alleys in 2020.

Heuer Construction, Inc., was awarded the 2019 Full Depth Patch Construction Project contract at the July 3, 2019, City Council meeting. The $919,875 project began July 15, 2019, with repairs to North Houser Street from Lucas Street to Hershey Avenue. The second section for repair on the tentative schedule is South Houser Street from Musser Street to Grandview Avenue followed by Lake Park Boulevard from 2nd Avenue to Park Avenue, and University Drive from Highway 61 to Highway 22. If time and the budge permits, work on Fulliam Avenue from Kindler to Devitt and from Houser to Green Acres will be accomplished under this contact.

The 2019-2020 PCC Full Depth Patching Construction Project consists of constructing Portland Cement (P.C.) concrete curb and gutter, full depth patching, driveways, sidewalks, and handicap ramps at streets on the schedule below. All streets are within the corporate city limits of Muscatine, Iowa. Work will begin on July 15, 2019, and must be completed by May 1, 2020.

The 2020-2021 PCC Full Depth Patching Construction Project consists of constructing Portland Cement (P.C.) concrete curb and gutter, full depth patching, driveways, sidewalks, and handicap ramps at streets. The schedule below is the anticipated schedule of street sections to be worked on in Fiscal Year 2020-2021. All streets are within the corporate city limits of Muscatine, Iowa. A late spring bid letting is anticipated by the Department of Public Works.